As someone who has plenty of experience with NFL contract negotiations and standoffs, former Packers executive Andrew Brandt has an interesting summary of the Kam Chancellor situation over at TheMMQB.com. According to Brandt, the Seahawks were willing to shift about $3MM from 2017 to 2016 for their star safety, but were unwilling to add any new money to his contract.

Meanwhile, although Brandt isn’t sure how much – if any – of Chancellor’s fines and prorated bonus money the Seahawks will actually attempt to collect, he notes that many team executives around the NFL would prefer for those fines to be less optional. The thinking there is that if players faced mandatory fines for holdouts, they’d be less likely to sit out — knowing that the team may forgive those fines, a player is a little more likely to roll the dice on a holdout.

Here’s more on Chancellor, along with a couple other notes from out of the NFL’s West divisions: 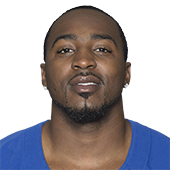 Hakeem Nicks Working Out For Saints