Another DeflateGate loose end was tied off earlier today, when the NFL announced that Patriots employees John Jastremski and Jim McNally have been reinstated from their suspensions. As Ian Rapoport of NFL.com (Twitter links) notes, the NFL said the Pats “satisfied the league’s requirements” for the staffers’ returns, but Jastremski is prohibited from handling footballs and McNally is barred from handling equipment going forward. 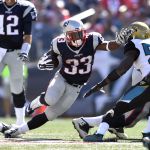