SATURDAY, AUG 29, 8:30am: Mike Florio of ProFootballTalk.com elaborates on the previously reported details of Johnson’s contract.

$400K of the veteran’s base salary will be guaranteed for skill, injury, and salary cap. That means Johnson would earn that chunk of change even if he’s cut, and it also means the Cardinals avoided using the “minimum salary benefit,” allowing the team to lower his cap hit even further.

There is also $1.13MM worth of incentive money in Johnson’s deal. The running back can earn that cash if he rushes for 1,300 yards. This is probably an unreachable number for Johnson, as Kent Somers of AZCentral.com notes that only one player in Cardinals history has surpassed that mark (Ottis Anderson, 1980/1981).

TUESDAY, AUG 18, 7:57am: While Johnson can earn up to $2MM on his new deal, he’s unlikely to do so. As Ed Werder of ESPN.com explains (via Twitter), the one-year deal has a base value worth the minimum salary, with no signing bonus — Johnson would have to make the Pro Bowl and rush for 1,300 yards to earn the full $2MM. 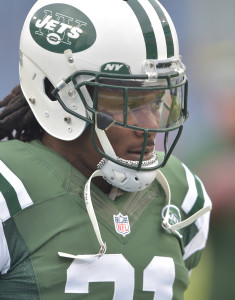 We heard one week ago that Cardinals head coach Bruce Arians wasn’t overly thrilled with the play of his running backs so far this summer, and intended to discuss outside options with GM Steve Keim. The ground game was a weak spot in Arizona last season, as the team’s leading rusher, Andre Ellington, totaled just 660 yards, averaging 3.3 yards per carry. No other Cardinals back had more than 250 rushing yards.

Now, the Cardinals have Ellington poised to bounce back with Johnson, third-round rookie David Johnson, Stepfan Taylor, and Kerwynn Williams as potential complements to Ellington. Chris Johnson, who turns 30 in September, is now six years removed from his 2,000-yard season, which came back in 2009.

Last season for the Jets, Johnson ran for just 663 yards, the first time in his career he recorded fewer than 1,000 yards in a season. However, he averaged a respectable 4.3 yards per carry in 2014, and claims to be in great shape this year after being shot in a drive-by shooting during the offseason.

T.Y. Hilton out with calf injury

Noah Fant set to be a movable chess piece