The Bills have re-signed veteran defensive tackle Andre Fluellen, reports Vic Carucci of The Buffalo News (via Twitter). The 30-year-old was released yesterday to make room for edge defender IK Enemkapli, who was activated from the team’s practice squad. Enemkapli has since been suspended four games by the NFL for punching former Jets teammate Geno Smith, and Fluellen will seemingly take over the extra roster spot.

The Bills originally added Fluellen, a former third-round pick, in June. The former Florida State standout had spent the majority of his seven-year career with the Lions, besides a brief cameo with the Dolphins in 2012. He’s played in 77 career games (six starts), compiling 39 tackles, 4.5 sacks, and one forced fumble. 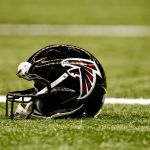 Bills Planning As If McCoy Will Miss Games

Fantasy Football Week 1: Everything You Need to Know for Sunday's Action