You have questions about Kam Chancellor‘s holdout with the Seahawks and Bob Condotta of The Seattle Times has answers. Condotta notes that there is precedent for a player coming back to the team after holding out deep into training camp – former Jaguars star Maurice Jones-Drew held out for 38 days in 2012 before coming back and playing the season. It seems quite possible that the two sides could work something out, but the Seahawks are afraid of setting a dangerous precedent and it is unlikely that the safety will get everything he is asking for. Here’s more out of the West divisions.. 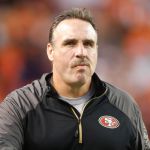