Word broke this morning that Pro Bowl safety Kam Chancellor is ending his holdout and reporting to the Seahawks, despite not getting a new contract from the team. The two sides still need to sort out whether or not Chancellor will pay all of his fines and return bonus money to the team, and a player will need to be removed from Seattle’s 53-man roster before Chancellor can officially return. But it looks like he could play this weekend against the Bears.

Here are a few reactions and updates on the Chancellor situation: 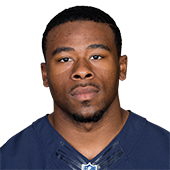 Kam Chancellor To Report To Seahawks