3:14pm: The Patriots have officially cut Gray, according to ESPN’s Adam Schefter (via Twitter).

12:32pm: The Patriots are expected to part ways with running back Jonas Gray, tweets Mark Daniels of the Providence Journal. The move will save the Patriots $510K.

ESPN’s Field Yates confirms (via Twitter) that the team is looking to move on from the running back, but he expects the Patriots to explore a trade prior to today’s roster deadline.

The undrafted rookie bounced around between the Dolphins and Ravens before landing with New England. The 25-year-old finished last season with 412 yards and five touchdowns on 89 attempts, much of which came during his 201-yard, four-touchdown performance against the Colts.

With LeGarrette Blount sitting out the first week of the season, the Patriots will rely on a rotation of Brandon Bolden, James White, Travaris Cadet and Dion Lewis. 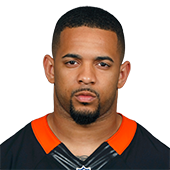