The Patriots have cut quarterback Ryan Lindley, according to Howard Balzer of TheSportsXchange (Twitter link).

Lindley, whom the Patriots signed last month, was hoping to earn a backup role behind Tom Brady and Jimmy Garoppolo. However, he became superfluous to the Pats when Brady’s four-game suspension regarding his role in DeflateGate was overturned.

The 26-year-old Lindley was a sixth-round pick of the Cardinals in 2012 and has nine regular-season appearances under his belt. He tossed two touchdowns against 11 interceptions in those nine contests and is best known for starting Arizona’s playoff loss to Carolina last January. He completed 16 of 28 passes for just 82 yards, a touchdown, and two picks in the Cardinals’ 27-16 defeat. 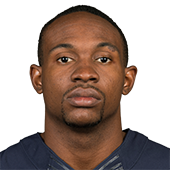