Before joining the Eagles in 2013, Chip Kelly was one of college football’s premier head coaches. Kelly led Oregon to a 46-7 record and three top five finishes from 2009-12, but his reign in Philadelphia hasn’t gone as well – particularly since he took control of the roster last offseason. Thus, some are wondering whether he’ll return to the college ranks – specifically to USC, a high-profile program on the hunt for a new head coach. If you’re to believe Kelly, it’s not going to happen, and neither he nor his Eagles players are fazed by the speculation, writes Les Bowen of the Philadelphia Inquirer.

“We know that he’s fully invested in this program,” said tight end Zach Ertz. “He’s changed so much of the culture here; we know he wants to ride this thing out, and at the end of the day, hopefully, win a Super Bowl.”

Added Kelly, who denied having any contact with USC: “I know you have an obligation, and I understand that it’s going to happen (when) we’re not successful and we’re not winning – I came from college, (therefore) I’m going to go back to college. I hope someday to be like (Giants coach Tom) Coughlin and win enough games where I can stay around . . . without speculation.”
Here’s more from around the NFC: 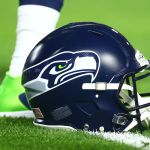 Falcons Waive Six, Roster Down to 68

Jeffery and Royal listed as questionable