Judge Richard Berman’s reversal of the Tom Brady suspension is nothing less than a scathing rebuke of Roger Goodell and the NFL, Andrew Brandt of The MMQB writes. When one considers the Brady case, the Saints bounty episode, Ray Rice, Adrian Peterson, and Greg Hardy, the NFLPA now has a solid list of major wins on appeal. Brandt believes that the union could parlay this leverage into CBA negotiations to improve the disciplinary process.

Here’s a look at more of the fallout from today’s ruling plus some reactions to Brady’s victory..

Rex Burkhead downgraded to Out 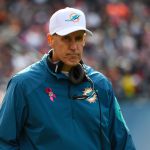