MONDAY, 2:42pm: Bryant’s four-game suspension is now official, having been confirmed by the team. Steelers GM Kevin Colbert has issued a statement on the penalty, according to Mark Kaboly of the Pittsburgh Tribune-Review (Twitter account).

“We are disappointed in Martavis’ actions that has led to his four-game suspension,” Colbert said. “It is a disappointment to our entire organization as well as our fans, but we will continue to support Martavis during his suspension. It is very unfortunate his actions have put our team in this situation to begin the year, but we are confident he will learn from his mistake and return in excellent shape in Week 5.”

THURSDAY, 6:08pm: Bryant’s suspension is for multiple failed marijuana tests, a source told Ian Rapoport of NFL.com (on Twitter). Bryant’s appeal is in the latter stages.

1:45pm: Steelers running back Le’Veon Bell will miss the first two games of the 2015 regular season, and it appears he won’t be the only Pittsburgh playmaker serving a suspension. According to Adam Schefter of ESPN.com (via Twitter), wide receiver Martavis Bryant is facing a four-game ban for violating the NFL’s substance abuse policy. The suspension is currently under appeal.

Bryant, 23, came on strong in the second half of his rookie season, acting as a deep threat for the Steelers’ offense. For the year, Bryant caught 26 balls for 549 yards, an average of 21.1 yards per reception. He also hauled in eight touchdowns. Bryant had been expected to take a step forward in 2015, so his absence in the early going will be a big loss for Ben Roethlisberger and the offense.

The exact nature of Bryant’s violation isn’t known, so it’s unclear if his suspension has a chance to be reduced or eliminated entirely. The NFL won’t make an official announcement on the penalty for the young wideout until the appeals process is complete.

For now though, it appears Bryant and Bell will be sidelined for at least the Steelers’ first two games, so Roethlisberger and the offense will have to get creative as they look to put up points against the Patriots and 49ers. If Bryant’s four-game ban is upheld, he’ll miss games against the Rams and Ravens as well.

Odell Beckham Jr. out for Week 2 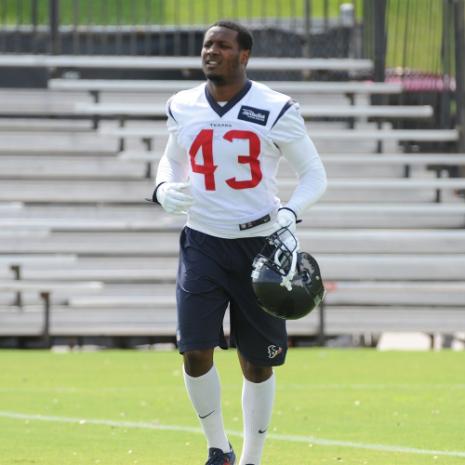 Browns Could Add Running Back To Roster