Veteran linebacker Lance Briggs has announced his retirement from the NFL, confirming the decision during today’s Cubs/Reds broadcast on Comcast SportsNet. Briggs, who spent his entire playing career in the Windy City, will be joining CSN Chicago as a studio analyst for the 2015 season, participating in pregame and postgame coverage of the Bears.

“I’m excited to continue my partnership with Comcast SportsNet,” said Briggs, who has co-hosted CSN’s ‘The Lance Briggs Show’ with Pat Boyle since 2010. “I’ve had the good fortune of being a part of this network over the past few years. I credit Pat Boyle who immediately made me feel at home here and I always told him I wanted to be here after my career. It’s just a great atmosphere and I love being surrounded by some really great people. This was the right decision for me.”

Briggs, who turns 35 in November, played in 173 regular season games for the Bears in his 12 NFL seasons, earning seven Pro Bowl appearances and making a case to be considered for the Hall of Fame. The Bears, however, opted to go in a new direction this offseason and in early March they informed him that he wouldn’t be returning for another season.

Briggs, who entered the league as a third-round pick in 2003, was a key piece on the defensive side of the ball for the Bears for more than a decade. Known for being tough and durable throughout his career, Briggs has missed 15 of 32 games across the last two seasons. That’s a stark contrast to the four total contests he missed in his first 10 seasons.

After accumulating more than 1,100 tackles, 16 forced fumbles, and 16 interceptions during his career with the Bears, Briggs drew some interest from the 49ers this offseason, as San Francisco saw its linebacking corps depleted by retirements. However, the Niners never reached an agreement with Briggs, and now the former third-round pick will remain in Chicago as he moves onto the next phase of his career. 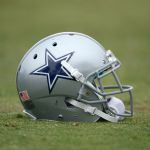