The Jets have officially announced the cuts and other roster moves that will get their squad down to 53 players today. We’ve already heard about several of the moves — quarterbacks Matt Flynn and Josh Johnson, along with veteran defenders Jason Babin and Joe Mays, have been cut, and Stevan Ridley has been moved to the reserve/PUP list.

Here are the rest of the Jets’ moves to reduce their roster to 53, via a team release: 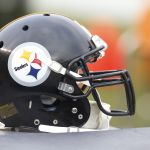