The Giants have been awarded a pair of defensive players on waivers, according to Jordan Raanan of NJ.com, who reports (via Twitter) that the club has claimed former Ravens cornerback Asa Jackson and ex-Texans defensive tackle Louis Nix.

Jackson, 25, saw his first stretch of extended playing time on defense last season in Baltimore, when the Ravens’ secondary was decimated by injuries. Jackson started six games and allowed a quarterback rating of 106.6 on passes thrown into his coverage, per Pro Football Focus.

As for Nix, he was selected in the third round of the 2014 draft, but never saw regular season action for the team, having spent the majority of his rookie campaign on injured reserve.

The Giants will have to cut a pair of players as part of today’s transactions to accommodate the incoming additions. 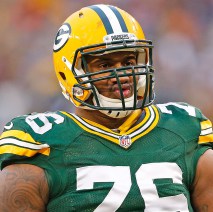