Shortly after having released veteran punter Steve Weatherford, the Giants have identified his apparent replacement. According to Aaron Wilson of the Houston Chronicle (via Twitter), the team has worked out a trade with the Steelers, acquiring punter Brad Wing in exchange for a late-round draft pick.

Wing, 24, punted 61 times for the Steelers in his rookie season in 2014, recording 43.7 yards per punt and a net average of 38.6 yards. Pro Football Focus wasn’t overly high on the LSU product’s performance, ranking him 28th out of the league’s 32 regular punters, with a -7.6 grade (subscription required).

Because he was only an exclusive rights free agent in the offseason, Wing is on a minimum salary deal, which works out to $510K for a player with his experience. His contract expires at the end of the 2015 season, but he won’t be able to hit the open market if the Giants want to keep him, since he’s set to be an ERFA again.

Ralph Vacchiano of the New York Daily News first reported that the Giants were discussing a Wing deal with Pittsburgh. 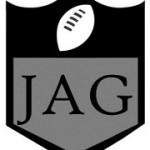 Deebo Samuel likely to miss next game or two