We’re still a few weeks away from the start of regular-season battles on the NFL gridiron, but there’s no offseason when it comes to debate amongst fans. This summer, we launched a new series here at Nerdy Football known as the Community Tailgate. What’s the Community Tailgate all about? Well, it’s pretty simple. Every weekday, we’ll highlight one of the top stories going on in the NFL. Then, in the comment section below, we want you to weigh in and let us know what you think.

Today, we’re discussing defensive lineman Mike Daniels and his contract demands. The Packers want to lock Daniels up, but with the regular season just two weeks away, the two sides are “far apart” on extension negotiations. Set to earn a base salary of $1.542MM in 2015, Daniels is looking for a salary in the neighborhood of $10MM annually. The Packers, meanwhile, have made multiyear proposals averaging “several million less” per year.

At first glance, $10MM per season seems pretty steep for the former fourth round pick, who only has one season as a starter under his belt. However, Daniels’ camp seems to be inspired by recent deals for Corey Liuget and Cameron Heyward, who each cracked an AAV of $10MM on their recent pacts. On the other hand, the Packers have talked players like Randall Cobb and Bryan Bulaga into signing below-market deals to help keep their core in tact, and they could be putting pressure on Daniels to do the same.

Do you think Daniels deserves a deal in the vicinity of $10MM per year? What kind of contract do you think he’ll get? Let us know in the comments! 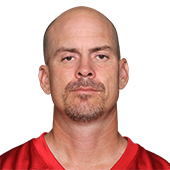