The Chargers are the latest team to officially announce their cuts down to 75 players, and the team’s four Tuesday moves involve a handful of injured players. According to a press release, San Diego has waived/injured the following four players:

Each of those players will have to pass through waivers unclaimed in order to remain with the Chargers’ organization. Assuming they do, they’ll revert to San Diego’s injured reserve list.

Having trimmed their roster to 75 players, the Chargers will now have to make 22 more moves in order to get down to a 53-man roster by Saturday afternoon. 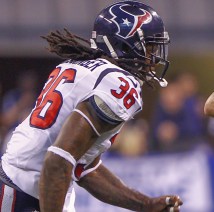 Darrell Henderson not expected to play

Cowboys Down To 75-Man Roster