Buccaneers’ Kenny Bell Out For Season

Buccaneers rookie wide receiver Kenny Bell will miss the 2015 season because of a hamstring injury, according to Roy Cummings of the Tampa Tribune (Twitter link).

Bell, a fifth-round pick from Nebraska, suffered the injury last month. At the time, Cummings wrote that Bell was impressive for the Bucs in training camp, though he was held without a catch during the preseason. Head coach Lovie Smith was unsure then if Bell had done enough to earn a roster spot.

“Have we seen enough? No, it’s not like he’s done enough right now where we can say we definitely know which direction to go,” Smith said.

Bell had a prolific college career, catching 181 passes and 21 touchdowns in four years with the Cornhuskers. 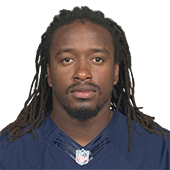