The Browns have announced their roster moves for the day, and two offensive players who were viewed as potential release – or trade – candidates have made the cut — running back Terrance West and quarterback-turned-wide-receiver Terrelle Pryor are still members of the Browns.

Cleveland has also confirmed that quarterbacks Thad Lewis and Pat Devlin have been cut, meaning Johnny Manziel looks poised to enter the year healthy enough to be Josh McCown‘s backup.

Here’s the Browns’ full list of moves, via a team release: 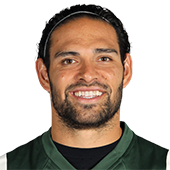