Former Browns nose tackle Ishmaa’ily Kitchen, who was cut by Cleveland earlier this month, will pay a visit to the Texans this week, a source tells Zac Jackson of Pro Football Talk. With 2014 third-rounder Louis Nix no longer on their roster, and sixth-round rookie Christian Covington backing up Vince Wilfork, the Texans may be seeking some veteran depth to help complement J.J. Watt on their defensive line.

As we wait to see if anything materializes between Kitchen and the Texans, let’s check in on a few other items from across the AFC…. 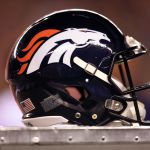