In a radio interview, Jerry Jones said Dez Bryant’s (Jones fracture in foot) surgery went well, but that the foot will take a full six weeks to heal completely. (Twitter)

Nerdy Football Analysis: Don’t I know it! I once had the exact same foot fracture (fifth metatarsal) and it’s a low-blood-flow area that heals relatively slowly, though the inserted screw aids the process. The Cowboys will likely continue to spread the ball around to TE Jason Witten, WR Terrance Williams, slot receiver Cole Beasley, RB Lance Dunbar — though we could see some of second-year WR Devon Street and rookie Lucky Whitehead if the team shows a need for a bigger edge target. 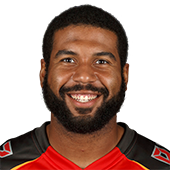 ASJ unlikely to play for Bucs

Mariota's status up in the air