The Cardinals worked out a pair of veteran linebackers in advance of their playoff opener against the Packers this weekend. Both Jason Babin and Matt Shaughnessy received tryouts from Arizona, according to a source who spoke with ESPN.com’s Field Yates (on Twitter). 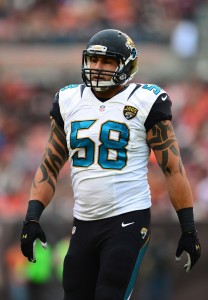 Both players could be eligible to suit up for the Cardinals this weekend if the Cardinals decide to sign them. Babin has been out of the NFL since the Ravens cut him in mid-October. Shaughnessy, meanwhile, was dropped by Arizona on September 4th and did not sign after that.

Shaughnessy, 29, appeared in all 16 games for Arizona in 2013, including 12 starts. In that season, he tallied 3.0 sacks, 3 fumble recoveries, and 1 forced fumble. In 2014, he appeared in only 8 total games (7 starts) thanks to a mid-season injury. Still, Shaughnessy was important enough to the Cardinals in ’14 that they put him on IR-DTR so that he could be activated later in the year.

Babin, signed by the Ravens following the season-ending injury to Terrell Suggs, was inactive for his first two games with Baltimore, and barely saw the field in his next two games, committing multiple penalties when he did play. Despite his 64.5 career sacks, the 35-year-old clearly wasn’t a big part of the Ravens’ plans going forward, leading to his October release.

Game on for Zeke, eligible to play Week 9