The Browns, who already reportedly have plans to interview at least four head coaching candidates, have added two more names to their list of potential targets. According to ESPN’s Adam Schefter (Twitter link), the Browns have requested permission to interview Bengals offensive coordinator Hue Jackson, while Ian Rapoport of NFL.com tweets that Cleveland will interview defensive coordinator Sean McDermott on Thursday. 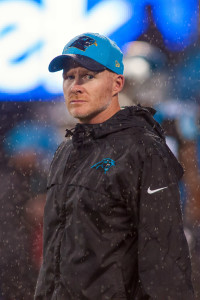 Because Jackson’s Bengals are playing on Wild Card weekend, he won’t be free to interview with any interested teams this week. After the team’s first playoff game though, whether or not Cincinnati wins, Jackson will be eligible to talk to possible suitors, and it sounds like he’ll have a few — the Dolphins and 49ers have already asked for permission to interview him as well.

As for McDermott, he’s eligible to talk to teams about head coaching jobs this week since the Panthers have a bye. His interview is scheduled to take place on the same day the Browns will reportedly talk to Doug Marrone, and a day after the team is set to meet with Teryl Austin and Adam Gase. Cleveland also is said to have received permission to speak to Patriots defensive coordinator Matt Patricia.

Any candidate considering the Browns job will certainly have taken notice of the club’s hiring announcement today. In an outside-the-box move, Cleveland added New York Mets executive Paul DePodesta to its front office, suggesting the club will have a significant focus on analytics going forward.