Chicago Bears receiver Allen Robinson can’t say what his future holds or even what jersey he’ll be wearing when the 2021 NFL season begins next fall.

A day after Robinson and the Bears suffered a season-ending 21-9 playoff loss to the New Orleans Saints, Robinson stressed he will be keeping an open mind and open eyes as he waits for his next contract.

“Right now, everything is pretty much on the table,” Robinson said in a Zoom call Monday morning from Halas Hall. (Chicago Tribune – Dan Wiederer)

Nerdy Football Analysis: The Bears and Robinson haven’t been able to get in the same ballpark during extension talks, and the 27-year-old has already stated he would not be pleased if Chicago franchised him. The team believes it has a future star in Darnell Mooney, but he’s nowhere close to ready to become an alpha receiver. If Robinson reaches the open market and can land in a spot where his quarterback isn’t Mitchell Trubisky, Nick Foles and Blake Bortles, look out. 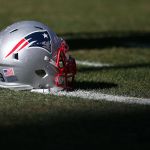 Paxton Lynch to start for Broncos

Russ unlikely too cook near as much in 2021