Saquon Barkley and Wayne Gallman both out for TNF

New York Giants running back Saquon Barkley is unlikely to play Thursday night against the New England Patriots despite returning to practice late last week, multiple sources told ESPN. He had been eyeing this week’s contest as a potential return date.

There’s also a real chance the Giants will be without tight end Evan Engram, who is dealing with a sprained MCL and faces a challenge to be healthy enough to face New England, a source told ESPN’s Adam Schefter. Engram is on pace for a career year with 33 catches for 373 yards and two touchdowns. (ESPN)

Nerdy Football Analysis: So with Barkley unavailable Thursday and both Wayne Gallman and WR Sterling Shepard set to miss the game with concussions, the Giants are in dire straits.

Undrafted rookie running back Jon Hilliman and fullback Elijhaa Penny, a converted tailback, are the next men up, and WR Golden Tate should see plenty fo targets operating out of the slot. 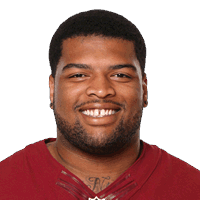